The letter was posted to various verified social media accounts, including that of Marie-Philip Poulin. In the letter, the team wrote that Hockey Canada has been making global headlines these past weeks for all the wrong reasons. The national women's hockey teams demanded a thorough and transparent investigation of the incidents in question, as well as the structure, governance and environment that exists within the organization.

"Once the whole truth is out Hockey Canada and its elected board must ensure that all steps are taken and appropriate measures are put in place to ensure that this kind of behaviour is never again accepted and never repeated. Anything less would be a disservice to the common human decency, we expect as a society and most certainly within the game of hockey, a sport that unites this country."

The letter also underlined that the announced federal funding cuts and investment withdrawal from major sponsors are deeply concerning.

"Our women's program – which has brought home five Olympic gold medals, 11 World Championship titles and six U18 world titles – intends to monitor this situation and all decisions connected to it closely."

Earlier this month Hockey Canada announced that the members of the 2003 men's world junior hockey championship team are being investigated for a group sexual assault. This announcement was preceded by news that similar allegations from 2018 against the country's 2018 world junior team were being re-opened.

- With files from The Canadian Press 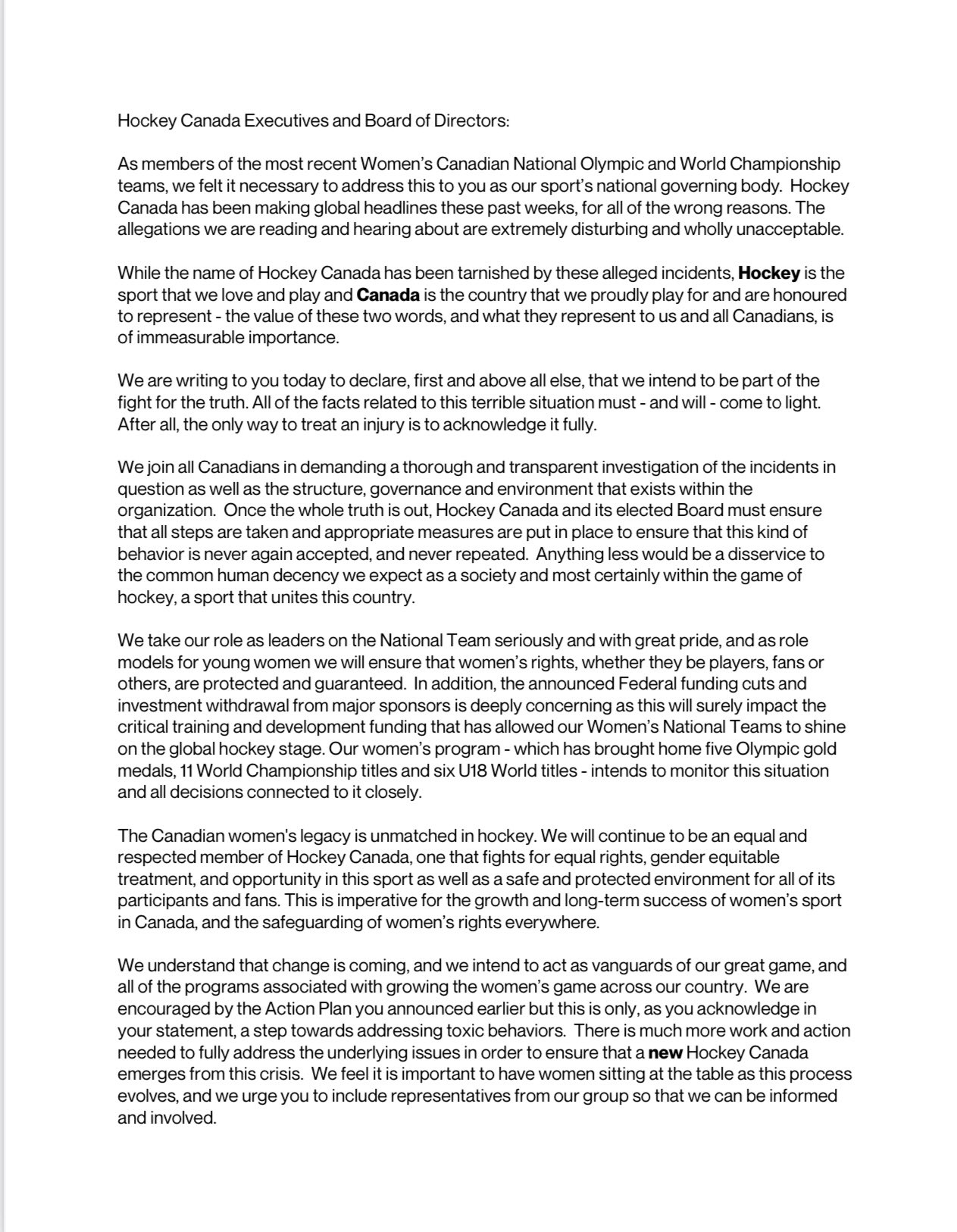 Parliamentary committee to begin study of RCMP's use of cellphone spyware

RCMP hand out more than 2,000 tickets over long weekend