While the heavy rainfall warning is still in effect as of Wednesday morning, weather forecasts indicate the rainfall will taper off during the day. Northwesterly winds continue to gust anywhere from 40 km/h to 70. A total of 60.4 mm of rain has fallen since Monday.

On Tuesday there were reports from residents living in Bayside that yards were being flooded and docks were floating untethered in the canals.

The continued gusting winds and heavy rain wreaked havoc on Airdrie, downing trees, and damaging properties. On Wednesday morning city crews were seen removing fallen branches that were obstructing pathways. Waterways in the city are high, including those in Nose Creek Regional Park. However, no flooding of pathways was spotted in Nosecreek Park. There are reports of flooding in other areas of the city, including the Sagewood Ponds. 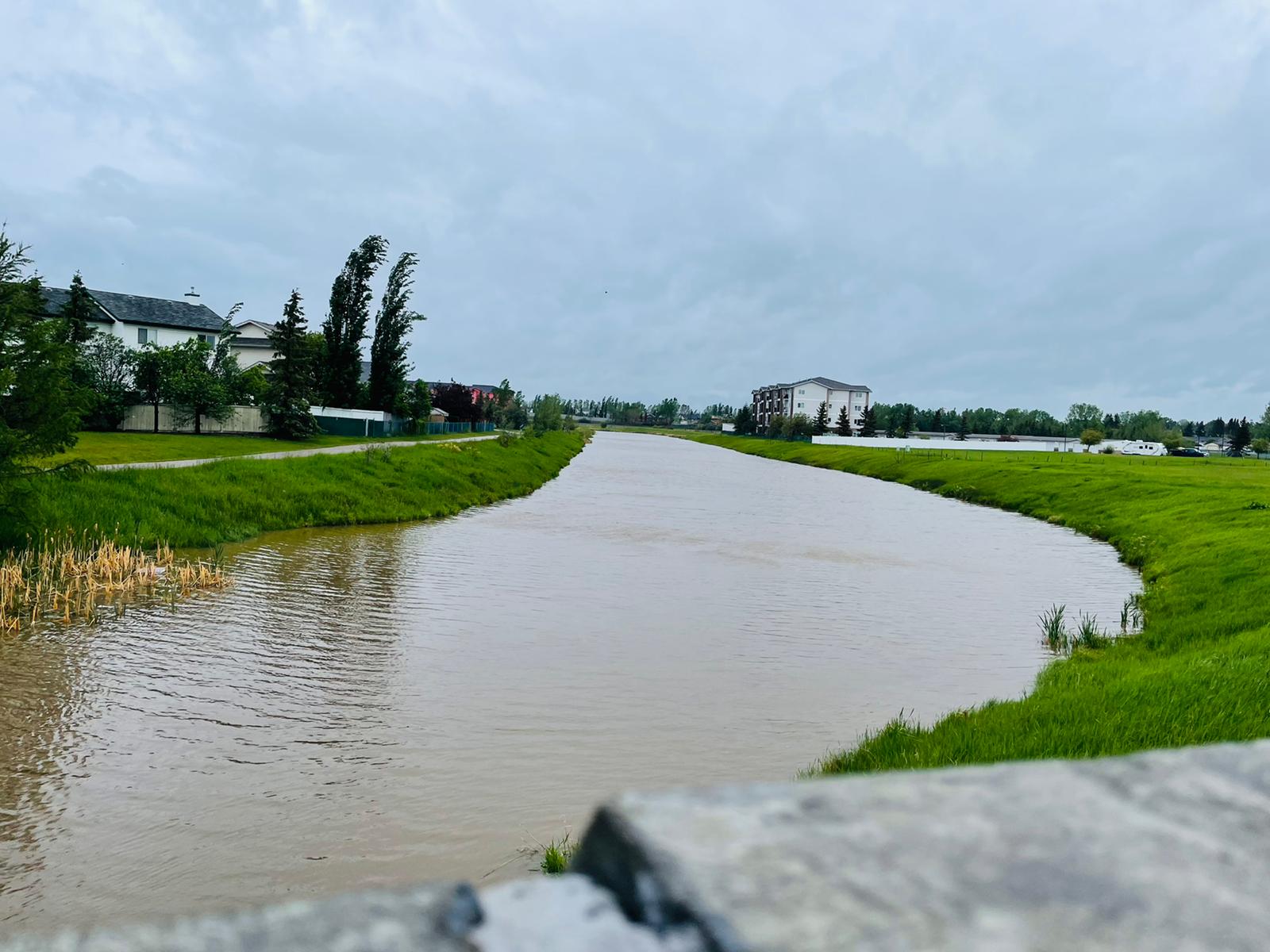 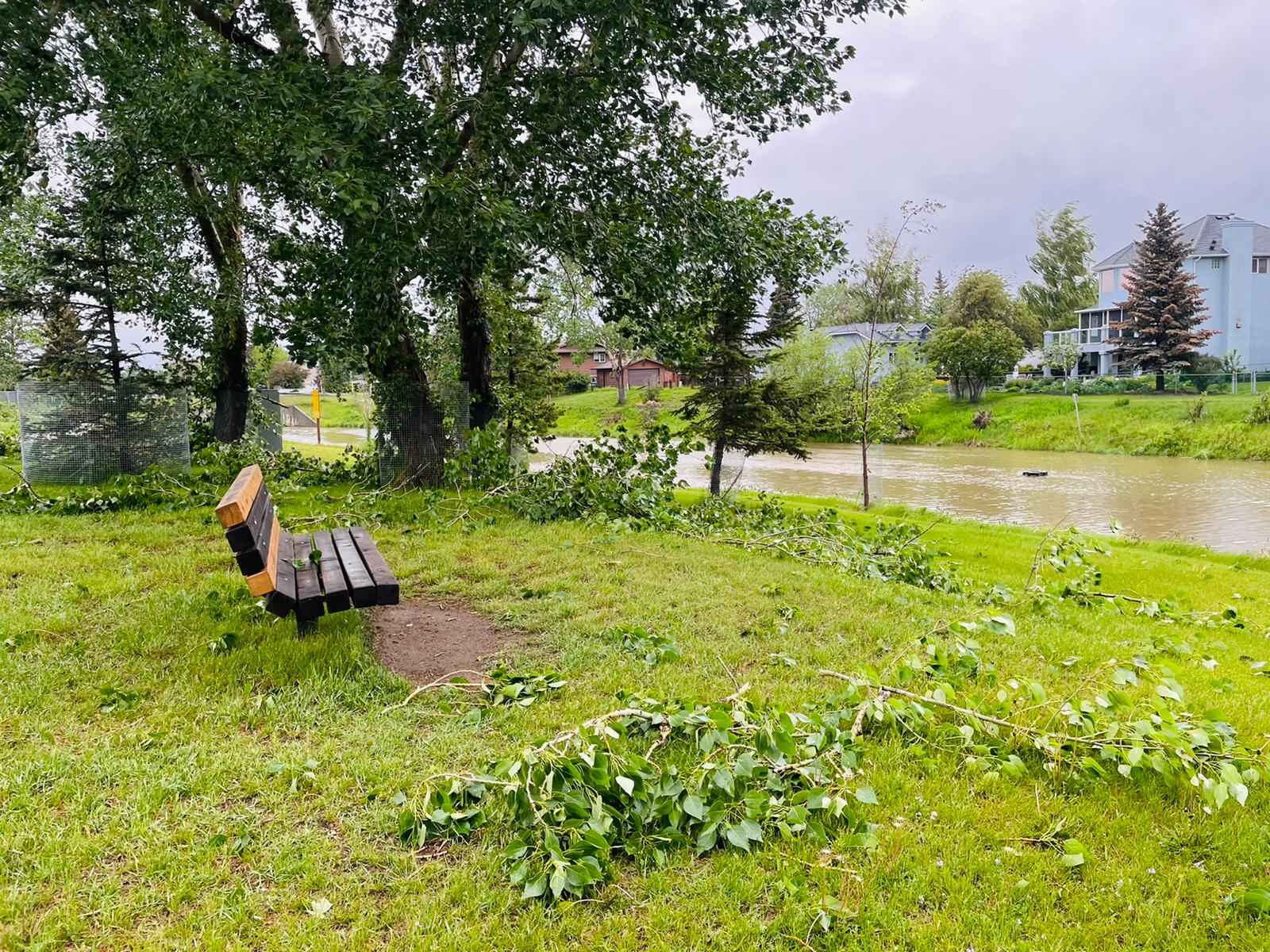 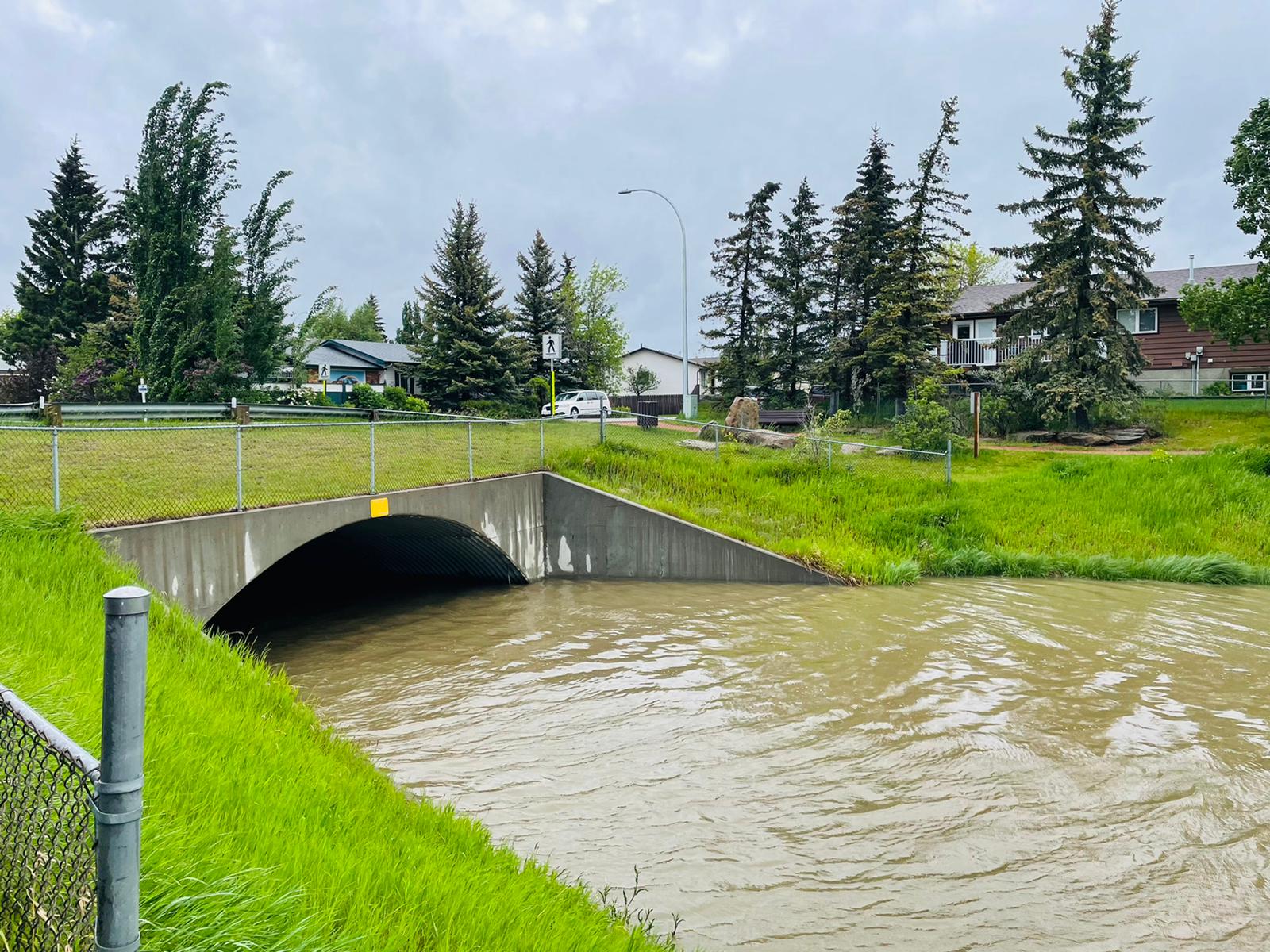 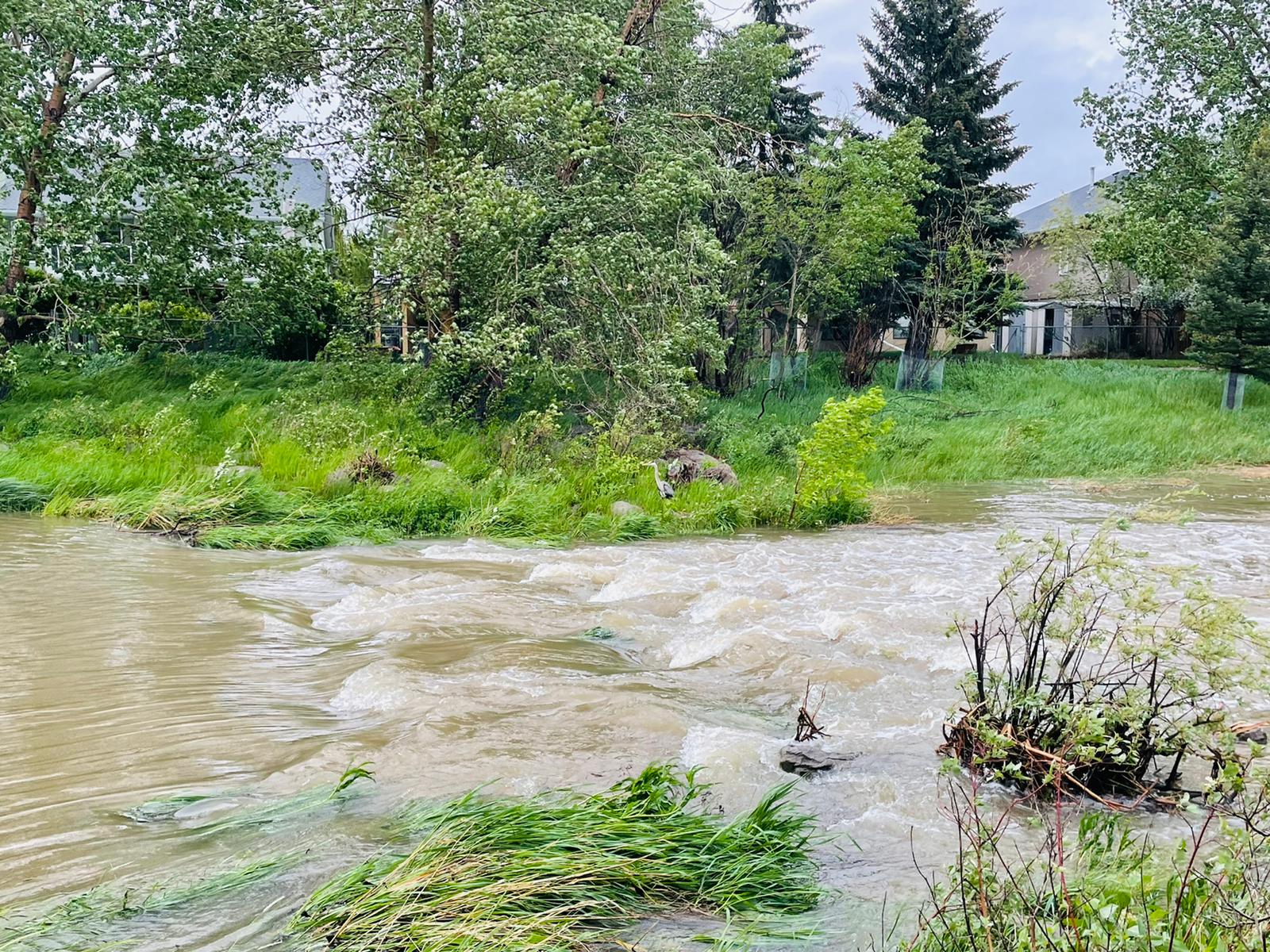 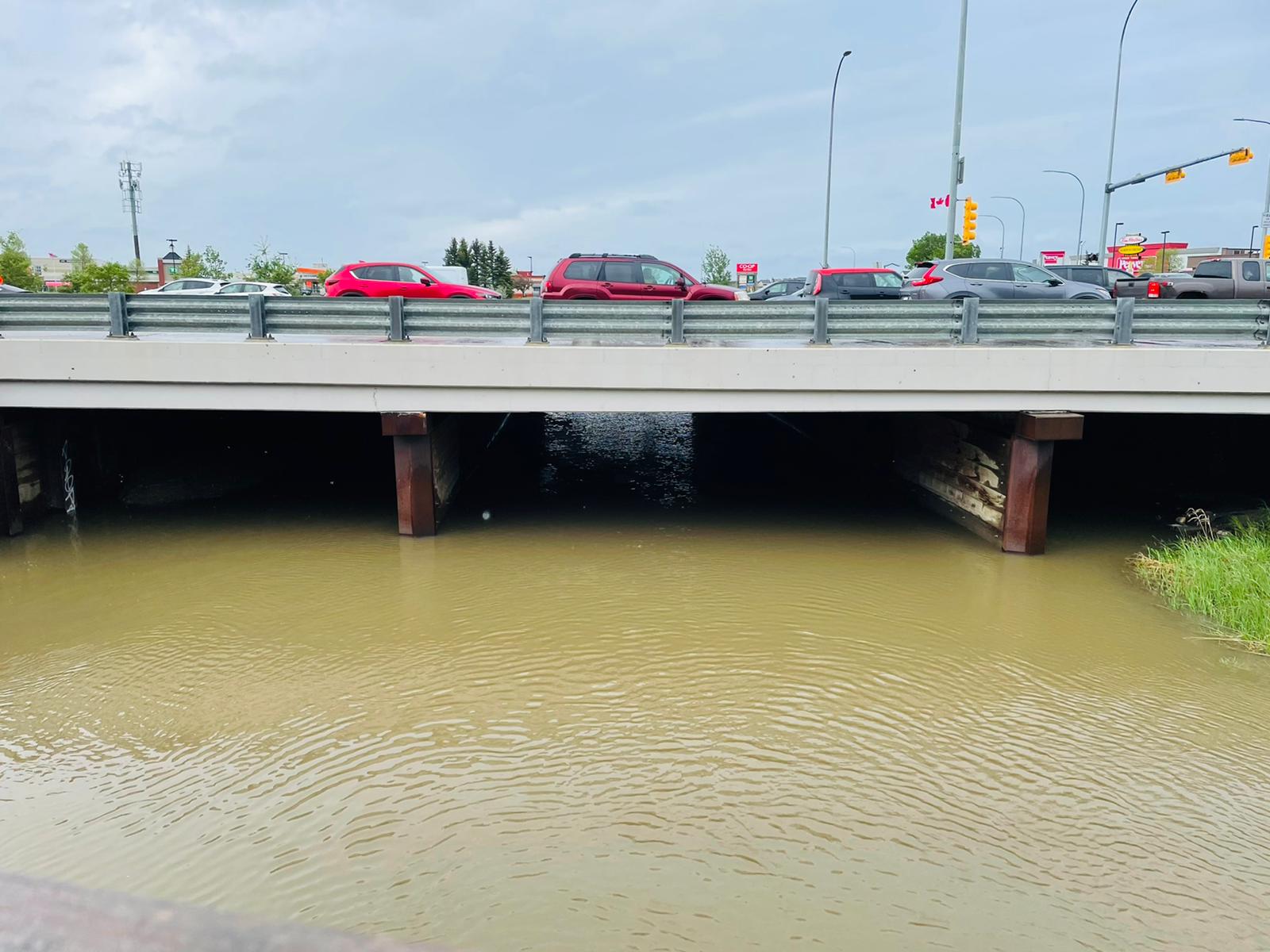 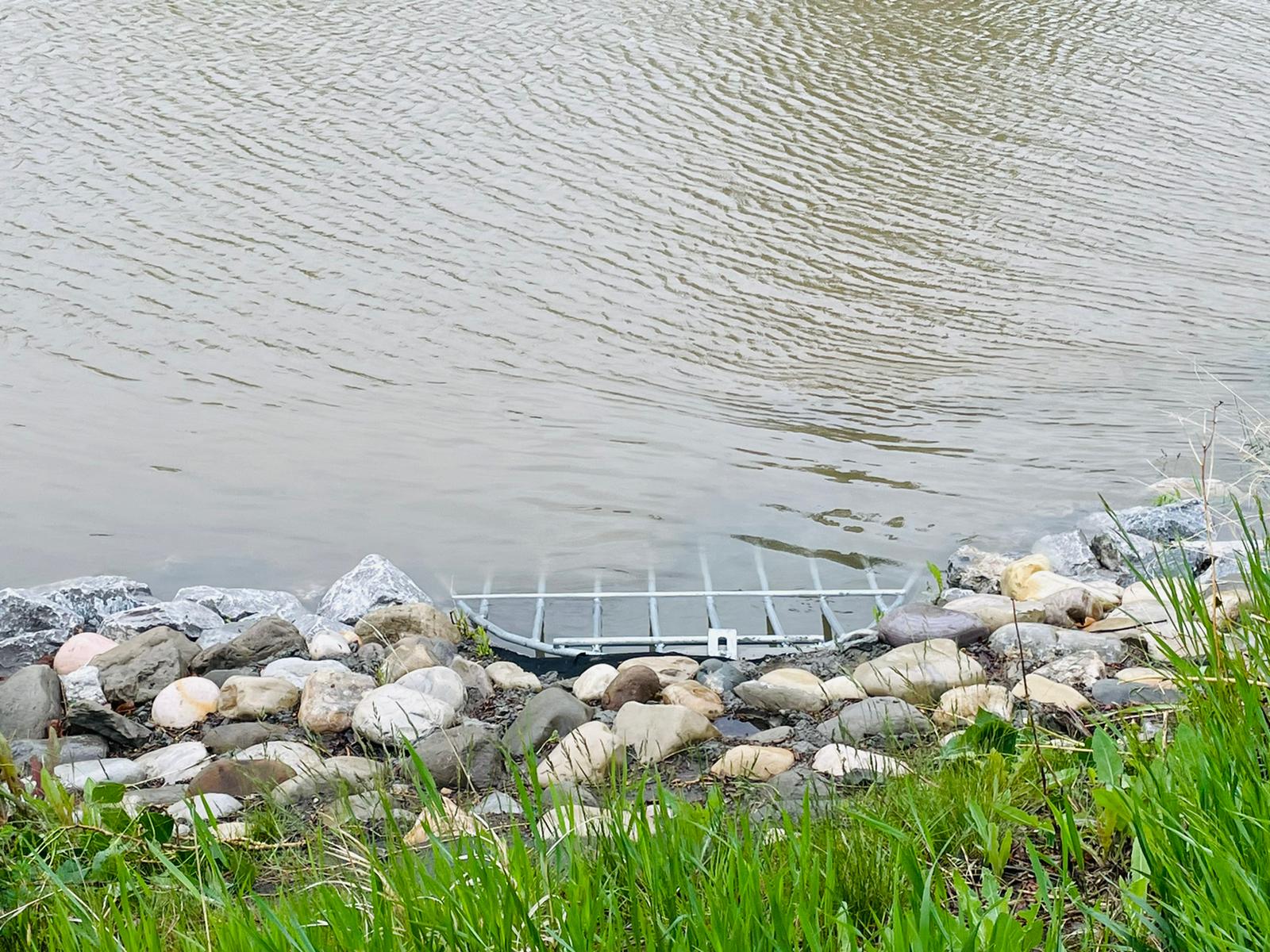 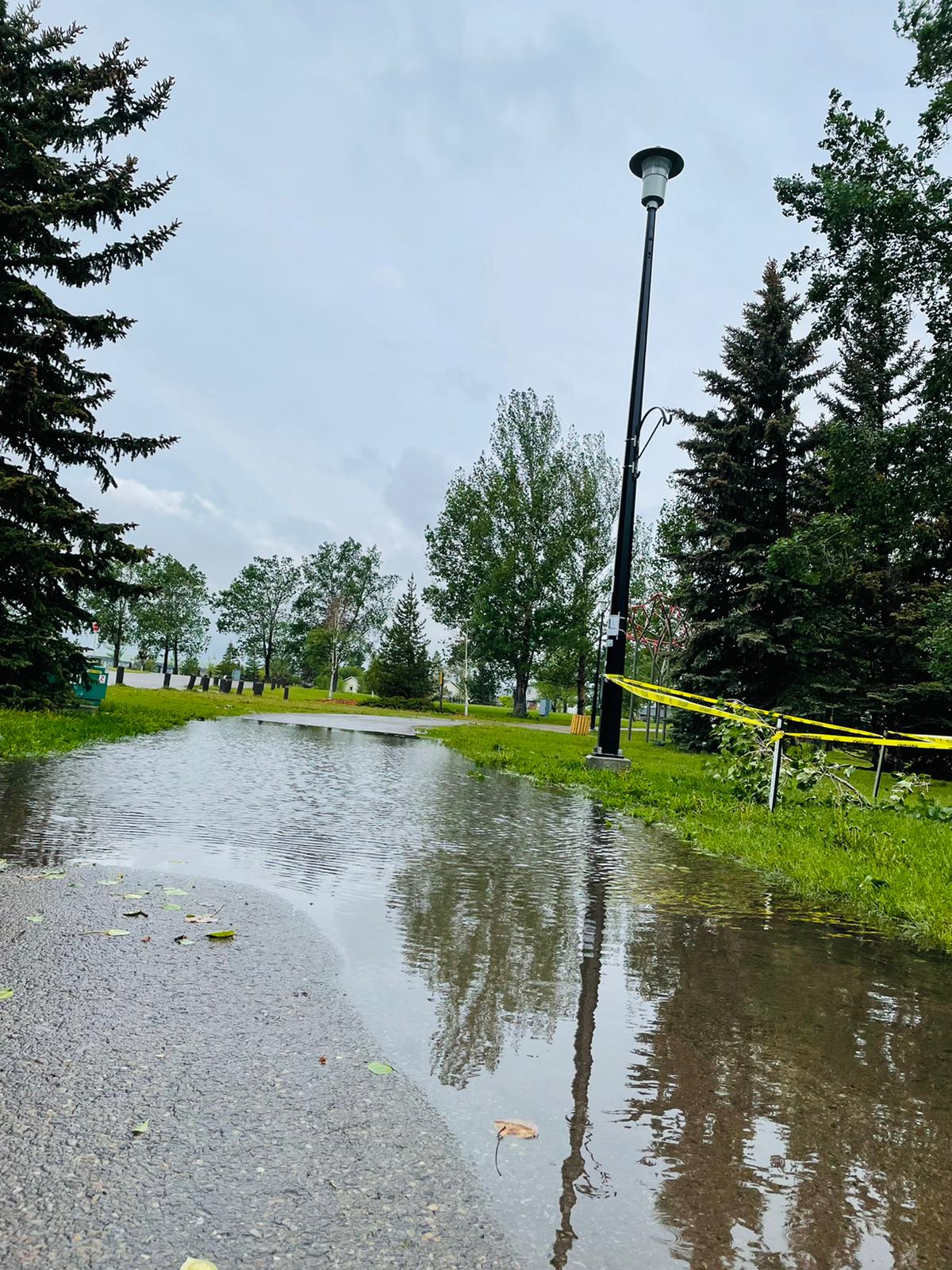 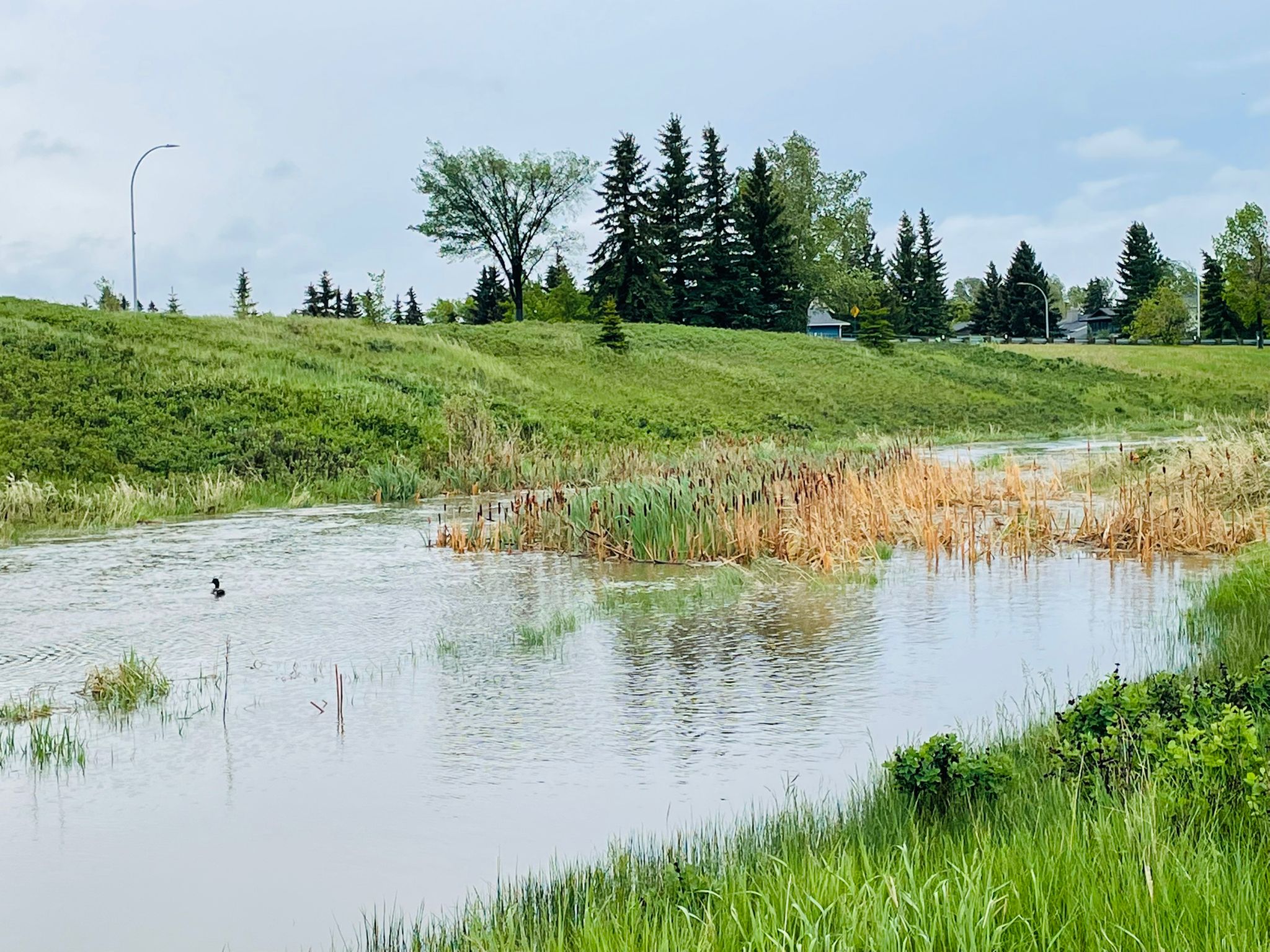 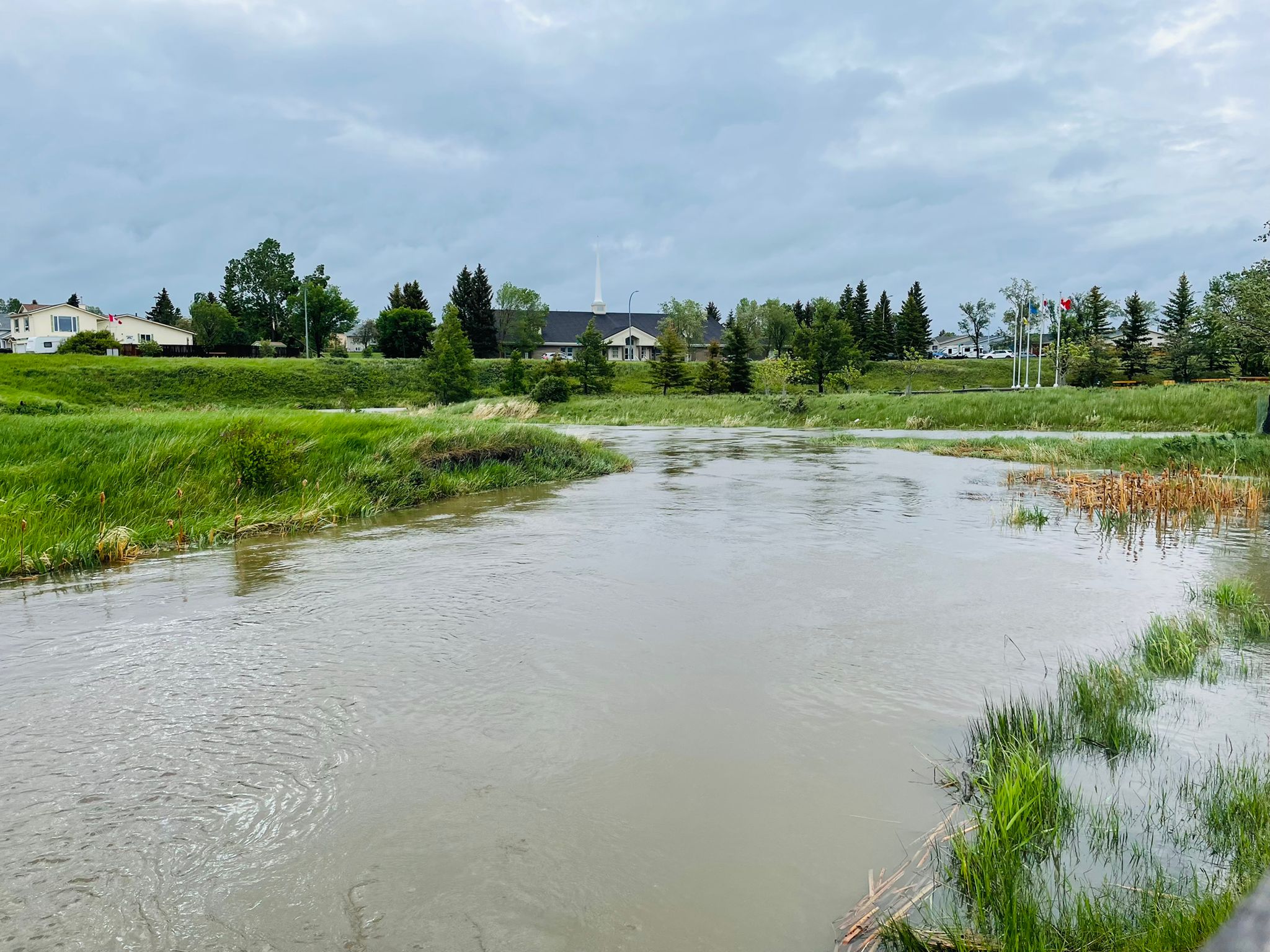 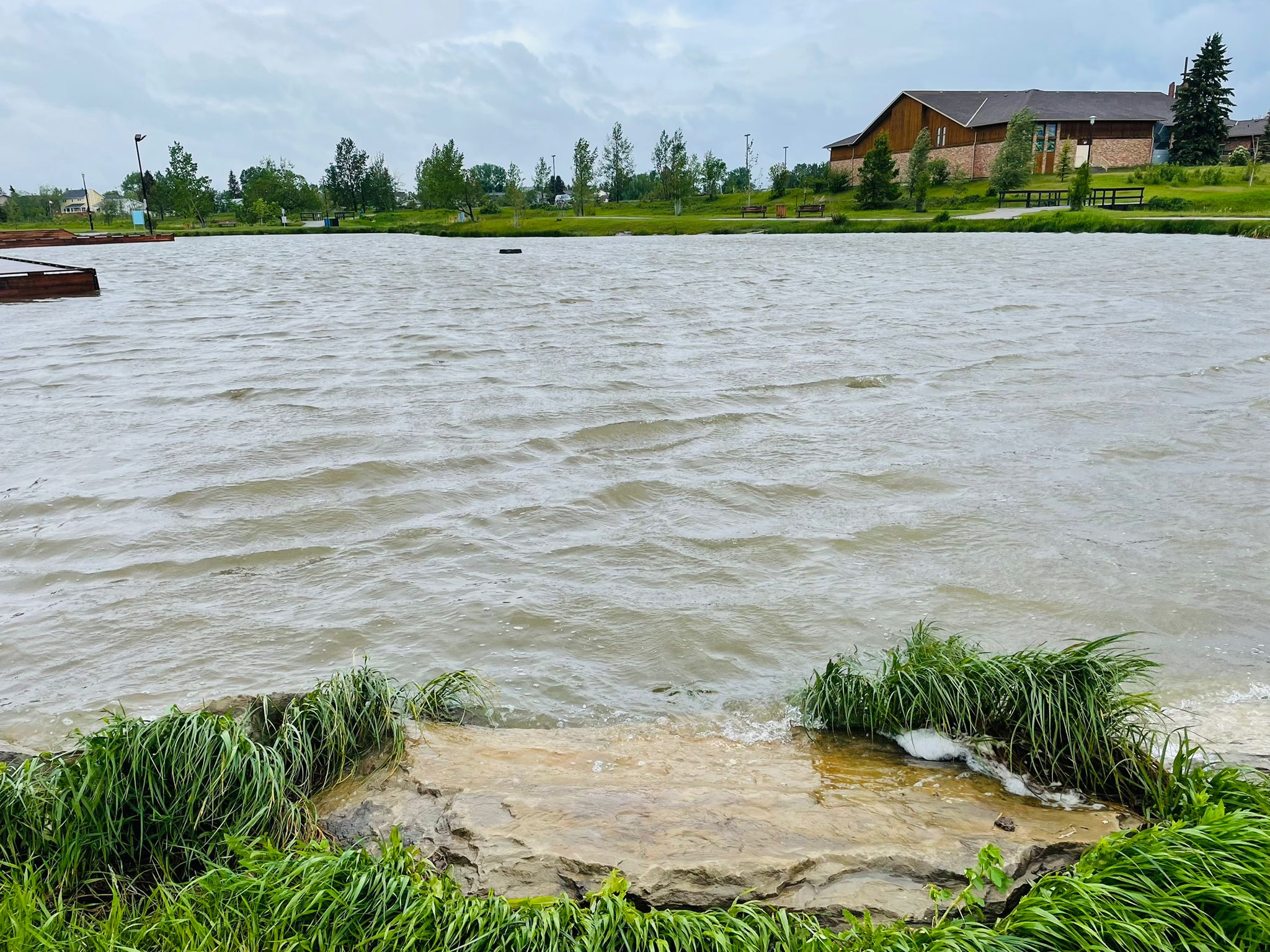 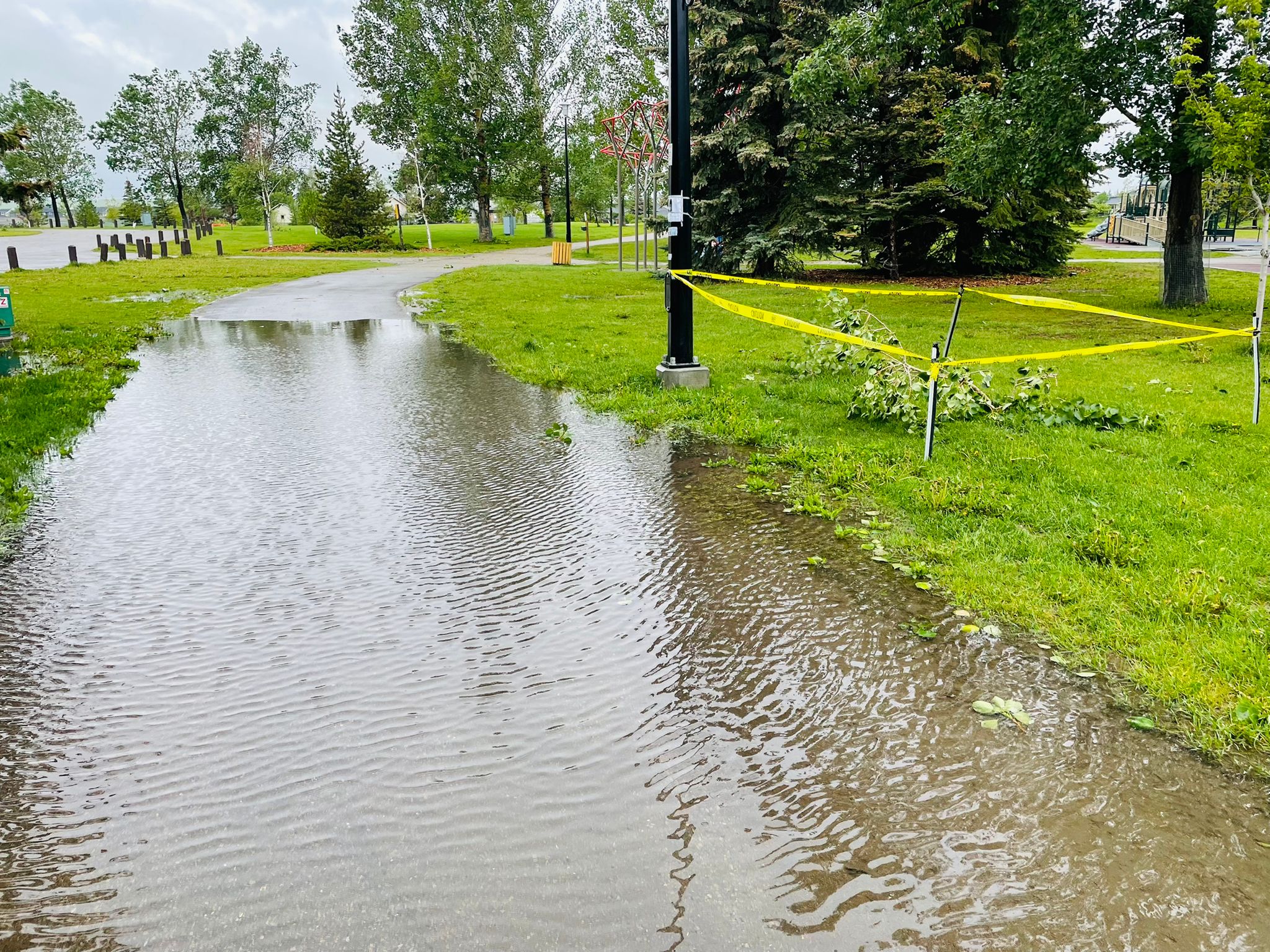 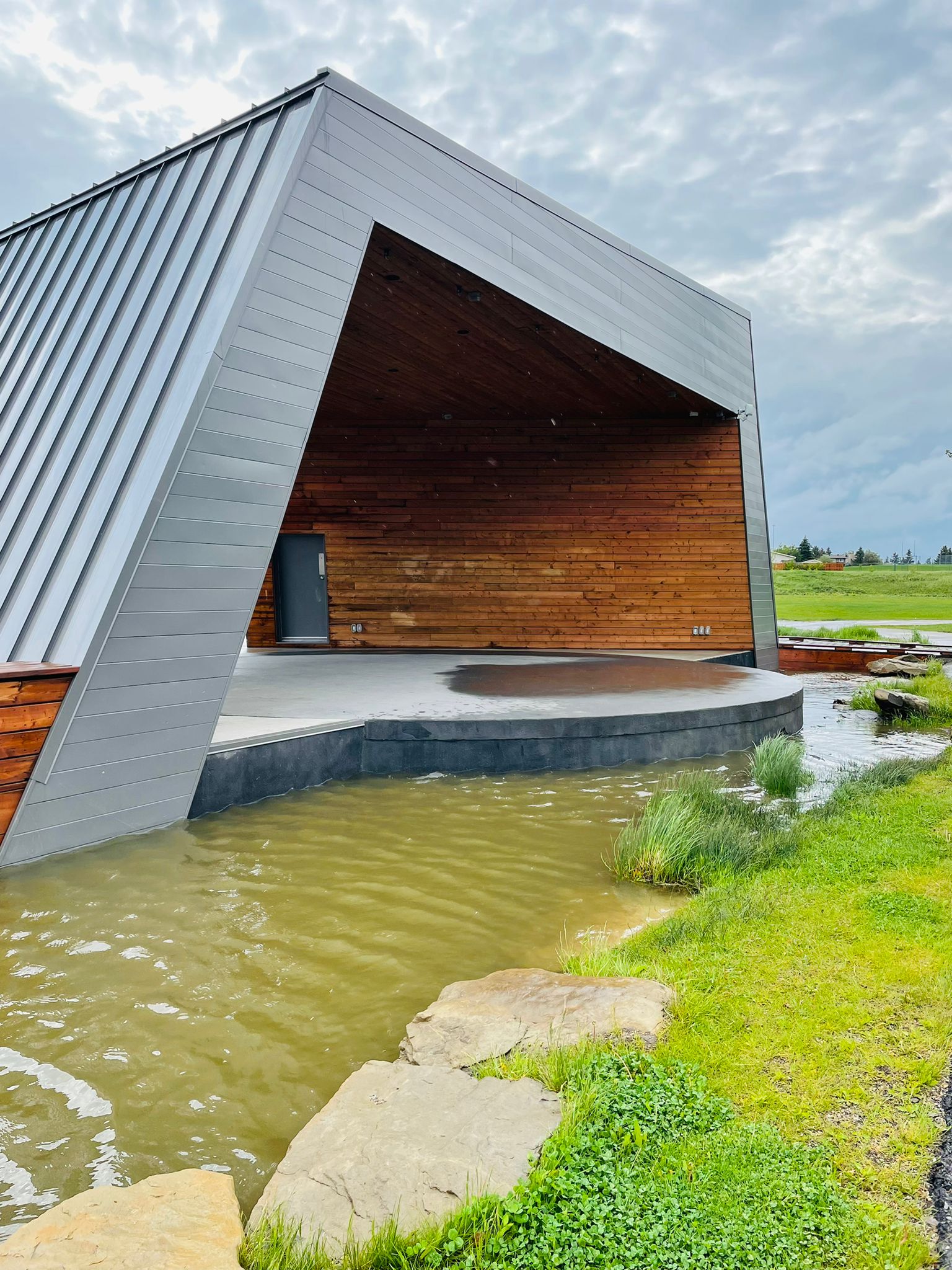 Neighbours and the Oil Kings are off to the Memorial Cup

Edmonton family holds out hope that daughter will be found

What will the weather look like for Canada Day long weekend?